Inevitable miscarriage of the desired pregnancy is a tragedy for a woman and if it repeats several times, then even a very strong woman may sink into despair.

It is not worthwhile to stay alone with Your disaster – apply for help to specialists.

The causes for miscarriage are numerous and diverse. In half of the cases there is a combination of several factors, therefore it is rather difficult to reliable determine why the pregnancy was stopped.

It is required to pass a thorough medical examination of both spouses. Such examination is to be made in the absence of pregnancy. As a rule, both diagnostics and treatment aimed at prevention of spontaneous miscarriages are conducted before pregnancy.

Currently the following main causes of inevitable miscarriage are differentiated:

It is very important to identify causes of inevitable miscarriage from the practical viewpoint. If we know the causes and understand the pathogenesis of miscarriage, the ethiopathogenetic treatment will be more successful, otherwise it becomes symptomatic and, quite often, ineffective.

In about one of ten instances the pregnancy process terminates due to chromosomal abnormalities of the fetus. In other words, a fetus has genetic abnormalities which threaten child’s ability to live after birth. Organism responds to such abnormalities by spontaneous miscarriage – in some way it can be called a natural selection.

Genetic defects and associated miscarriages quite often occur with women who already had cases of miscarriage, birth defects and other disorders in the family.

Sufficiently useful information about presence of abnormalities can be obtained by studying cytogenetics of the ovum withdrawn after miscarriage. In order to determine whether it is the genetic cause of miscarriage or not, it is necessary to study karyotype of the couple that is planning for pregnancy. Should the doctor find a non-conformance in the karyotype, such couple will be advised to consult a genetics specialist. Even a disturbed karyotype of one parent increases a hazard of genetic disorders many times. In such instances the doctor advises to obligatory pass perinatal examinations which include chorion biopsy, amniocentesis and investigation of the umbilical blood (cordocentesis).

What do the immunological causes include? They may be practically any unpredictable response of female immune defence against allegedly foreign tissue of the expectant baby (alloimmune disorders) or against the own tissue of the patient (autoimmune disorders). In cases of immunologic pathologies blood analysis is made to determine presence of antibodies (antinuclear, anti-phospholipid, anti-thyroidal) or antibodies against chorionic gonadotropin.

Usually, treatment of immunologic disorders is lengthy, sometimes until the child birth.

The other most frequent causes of miscarriage are connected with endocrine disorders, e.g., insufficient luteal phase, excessive levels of androgens or prolactin, thyroid gland diseases and diabetes. In a quarter of instances these disorders provoke inevitable miscarriage in the first trimester of pregnancy.

Insufficient luteal phase occurs because of a small quantity of progesterone which holds on and supports bearing a child. Progesterone plays a special role in the beginning of pregnancy – when the ovum is being attached to the uterine walls. Because of the insufficient quantity of the hormone the embryo may not attach or poorly attach itself which leads to termination of the process.

Excessive quantity of androgens may also provoke miscarriage because of the intensive production of testosterone by adrenal glands and ovaries. It can be due to inherited pathologies of the adrenal glands, at polycystic ovaries and in case of disruption in the hypothalamus-hypophysis link.

High content of prolactin is still another cause of the endocrine miscarriage – it can result from traumas, inflammation, neoplasia in brain, more specifically in the hypothalamus-hypophysis link.  Sometimes such condition can result from taking certain medications (antidepressants and oral contraceptives).

Pathologies of thyroid leading to miscarriage are frequently due to iodine deficiency in the organism and to thyroadenitis. At such diseases and conditions a thyroid has to produce lesser quantity of hormones and, consequently, there is deficiency of such hormones for successful support of pregnancy. If such conditions exist, the doctor will obligatory prescribe treatment with thyroid hormones or medications that contain iodine.

At diabetes mellitus miscarriage can be connected with low response of the organism cells to insulin. That is why the doctor always revises insulin dosage with pregnant women suffering from diabetes.

An important factor that can lead to miscarriage is connected with anatomic (structural) defects of the reproductive organs. First of all, they are defects of the uterine: duplex uterus, bifid uterus, unicornuate uterus or arcuate uterus, intrauterine septum, etc. Besides, the anatomic defects also include myomas and Asherman syndrome (intrauterine adhesions).

Cervical insufficiency means dysfunction of the obturator function of the uterus cervix or cervical insufficiency. This pathology is characterized by shortening the cervix of the uterine followed by its opening. Most often such condition is revealed in the second half of pregnancy. If such pathology has been identified timely, the cervix is sutured.

Infections as a cause of miscarriage

Such diseases as chlamydia, ureaplasma, mycoplsma, trichomonad, papilloma virus, herpes infection and cytomegalovirus can also worsen pregnancy process. According to statistical data more than 40% of miscarriages are due to negative action of bacteria and viruses. If such pathologies have been found with those pregnant, the treatment with immunoglobulin is prescribed. The treatment type is selected in accordance with the type of the infectious agent.

Thrombophilia means the higher disposition of the human organism to thrombus formation. It can be either acquired or hereditary (congenital). Carriers of the allel of disease can have no clinical symptomatology until the extrinsic factors appear. The latter include: pregnancy, postpartum period, immobilization, surgery, trauma, tumours and intake of hormonal medications with a view of contraception or substitution therapy.

Thrombophilic conditions in obstetrics are one of the important causes of miscarriage and fetoplacental insufficiency. On top of that, hyperhomocisteinemia and homozygote condition according to methylene tetra hydro folate reductase (МТНFR) are  risk factors for the development of certain congenital defects (defects of the fetus neural tube,  harelip, cleft palate and some congenital defects of heart, kidneys, etc.).

The following forms of the genetically caused thrombophilia are referred to thrombophilic conditions during pregnancy that result in recurrent miscarriage:

Examination aimed at detection of the rare causes of thrombophilia is necessary if there were:

thromboembolias in the family at the age of relatives below 40;

reliable episodes of venous and/or arterial thromboses at the age below 40;

recurrent thromboses of the patient and her close relatives;

thromboembolic disorders in pregnancy and after birth with the use of hormonal contraception;

recurrent miscarriages, stillborns, retardation of the intrauterine development of the fetus and placental abruption;

In the majority of instances the causes of miscarriage are serious. In “Gameta” Medical Centre it is possible to fully diagnose such causes and perform comprehensive and complex treatment of all miscarriage causes. If the main cause has been eliminated, it almost always gives a positive result – long awaited pregnancy and birth of a strong and healthy baby.

The “Gameta” Medical Centre team numbers more than 20 doctors, including the leading specialists of Ukraine and other countries.

They are honoured doctors, professors, doctors in medicine and specialists with many years’ experience. 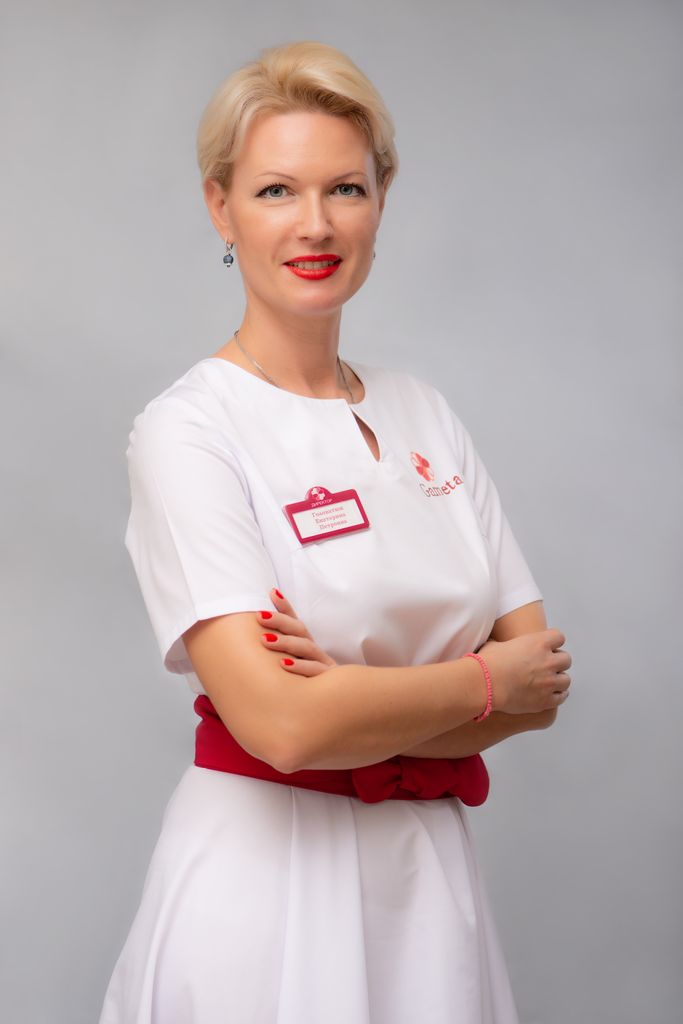 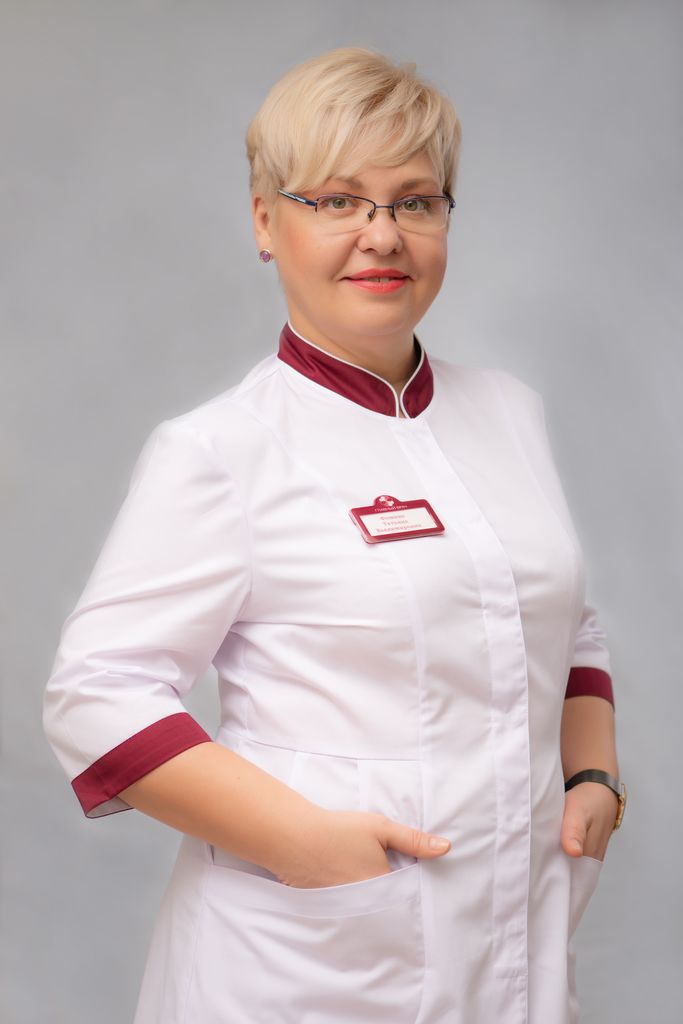 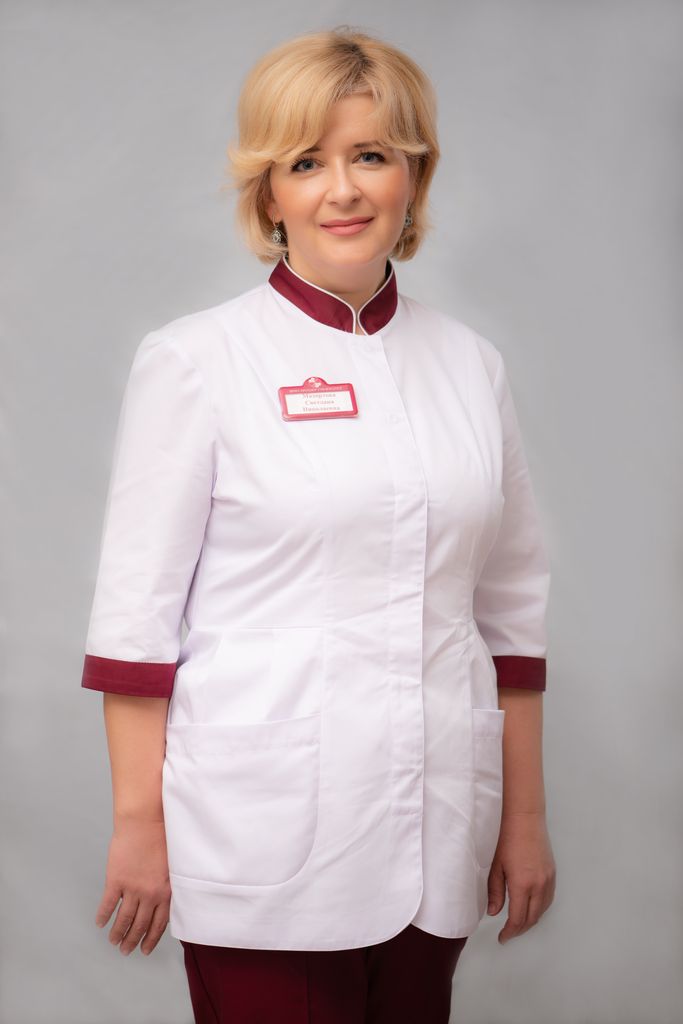 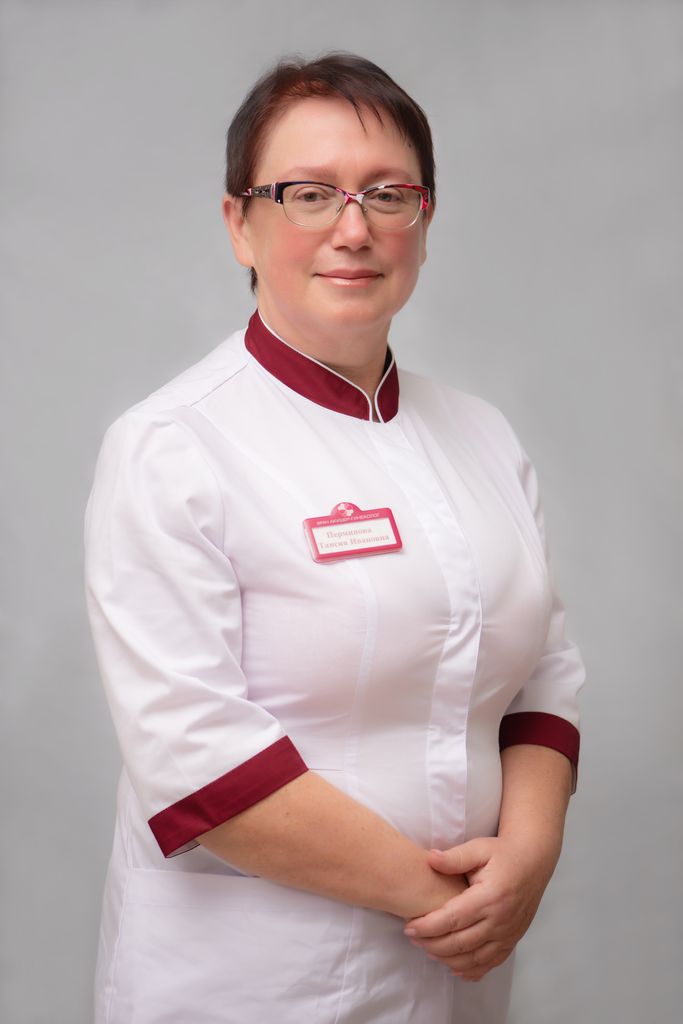 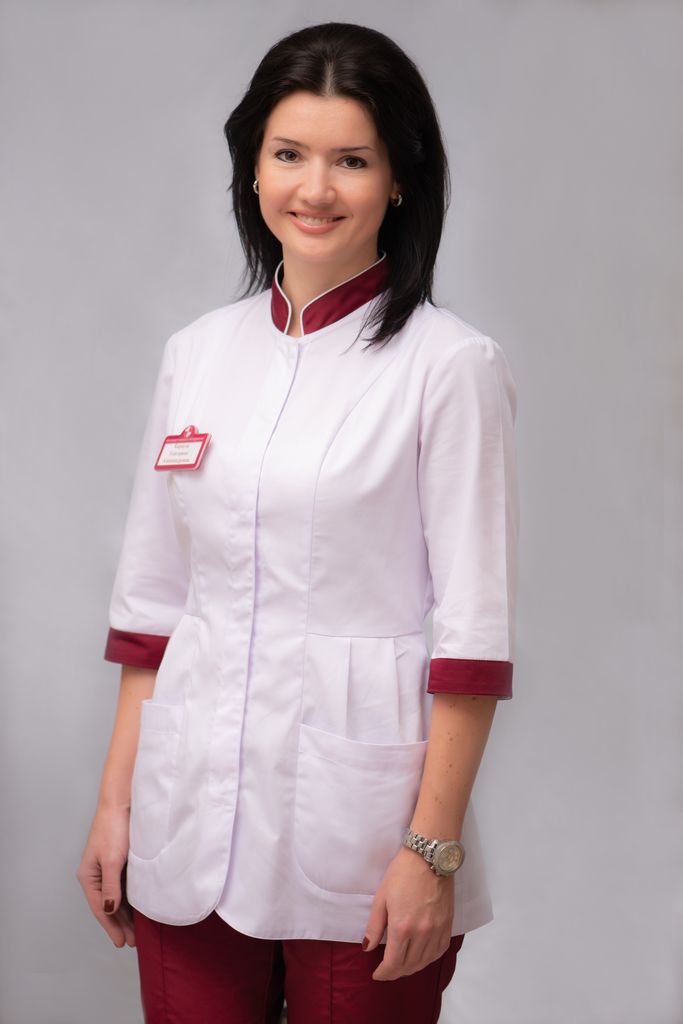 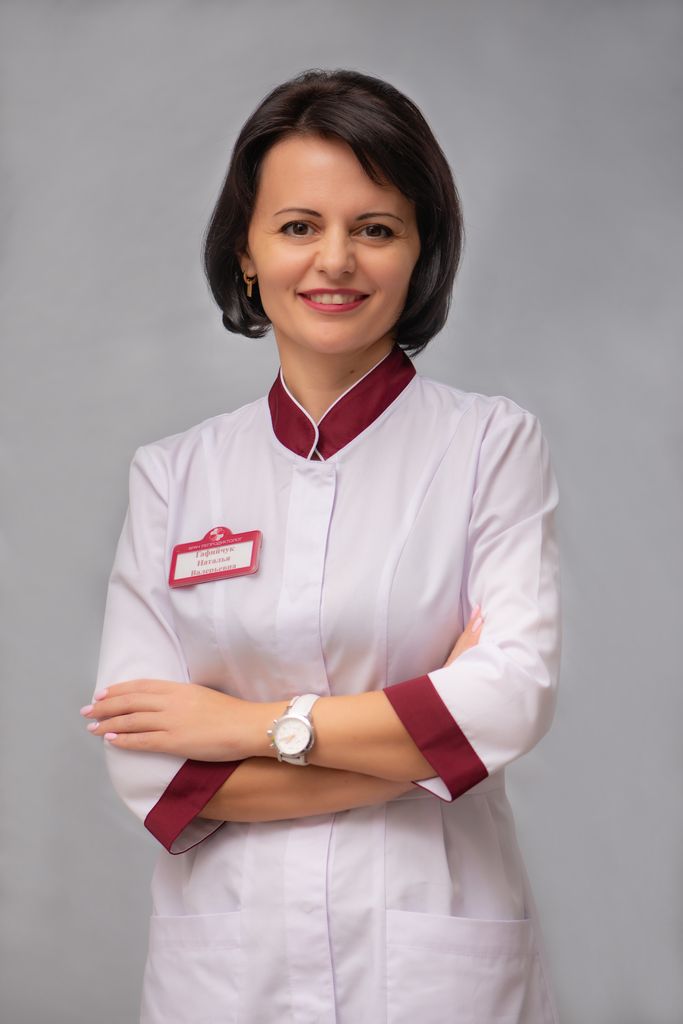 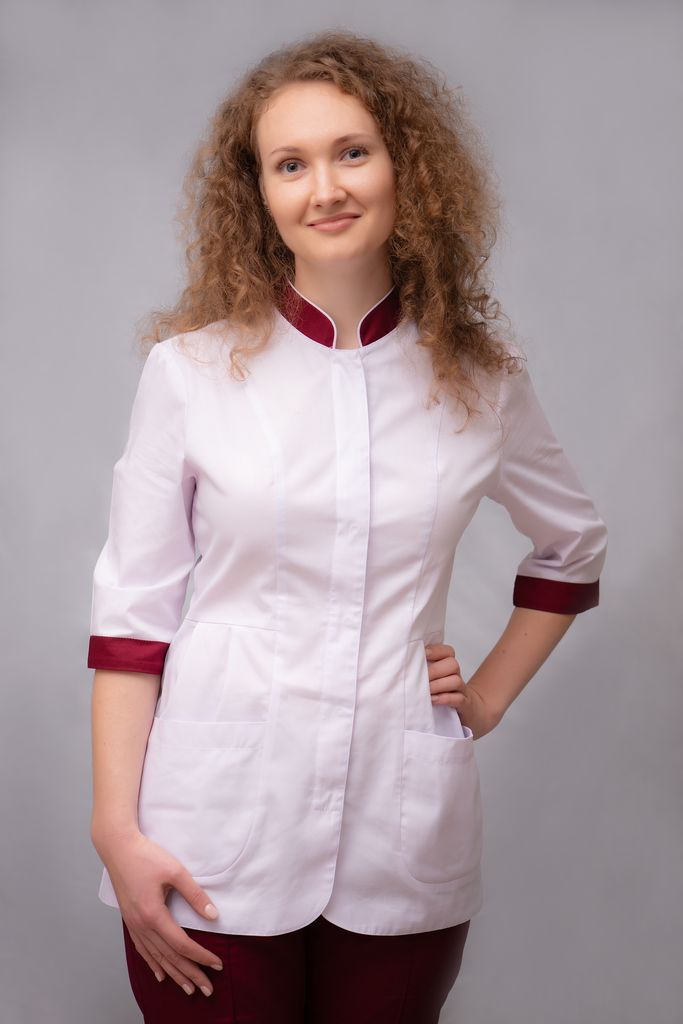 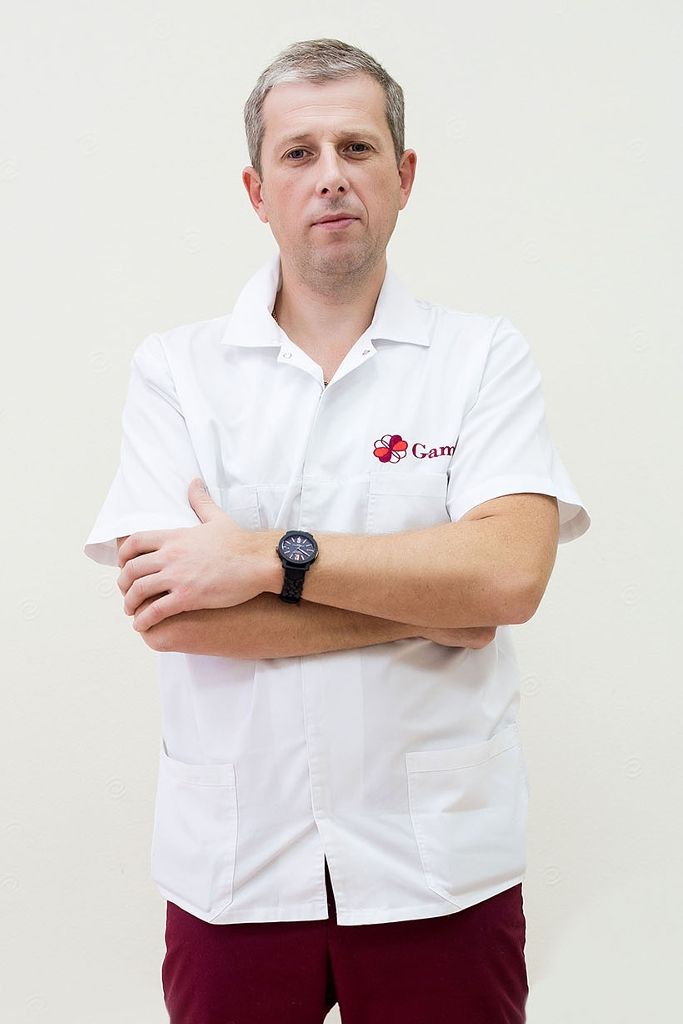 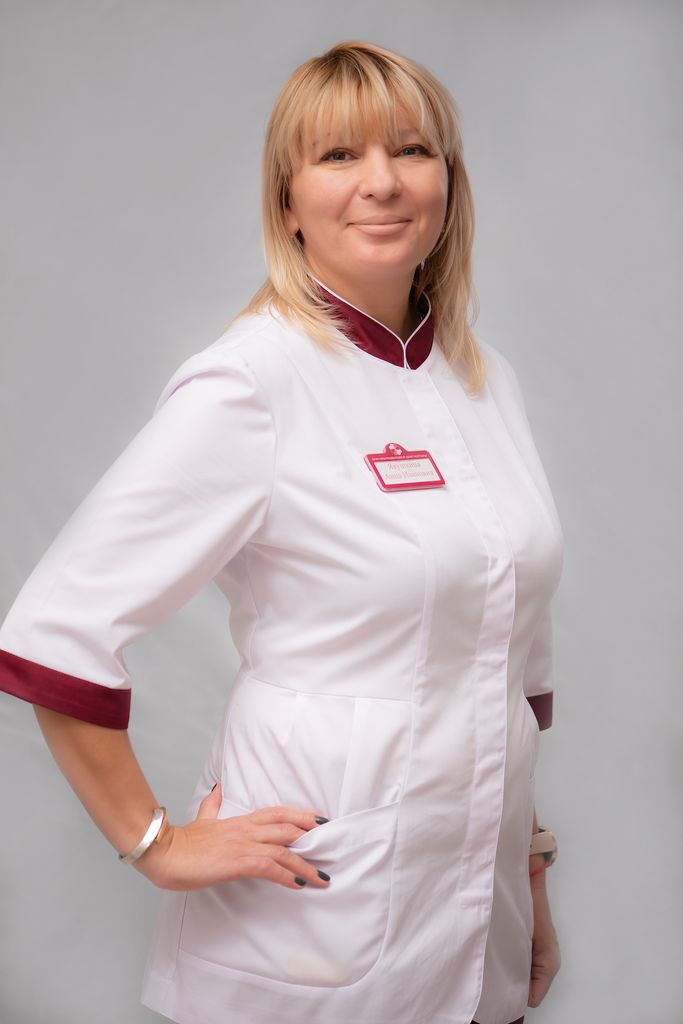 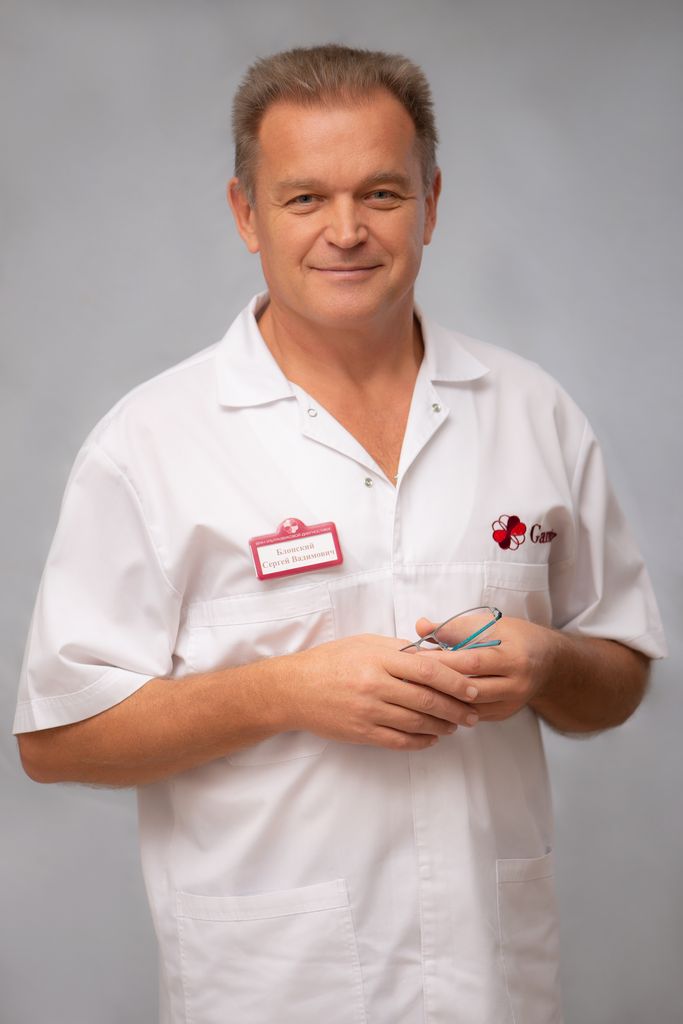 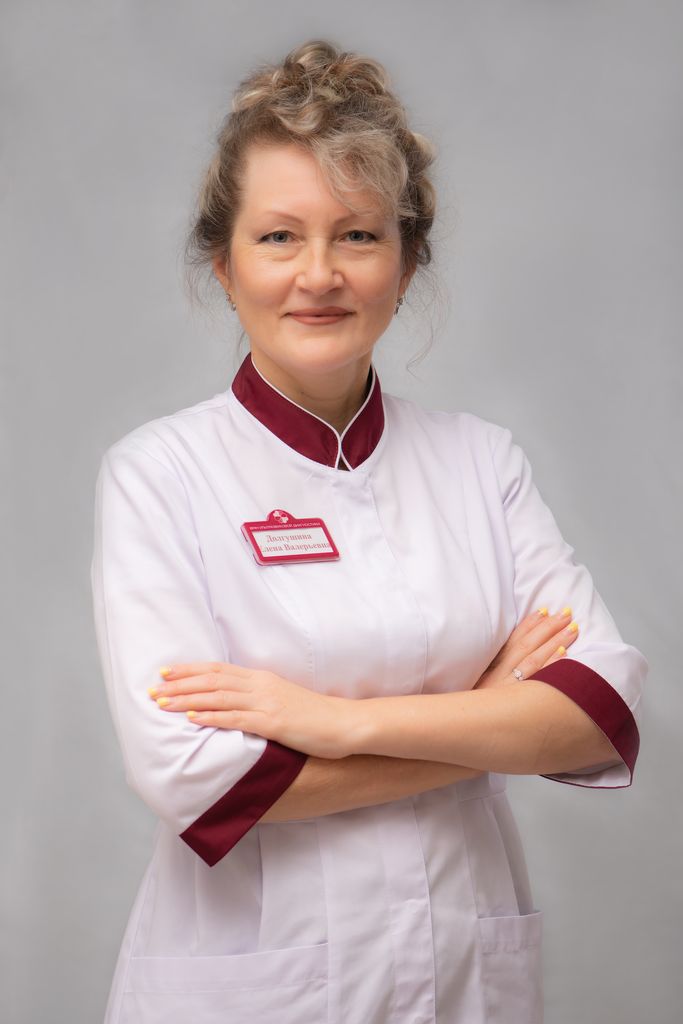 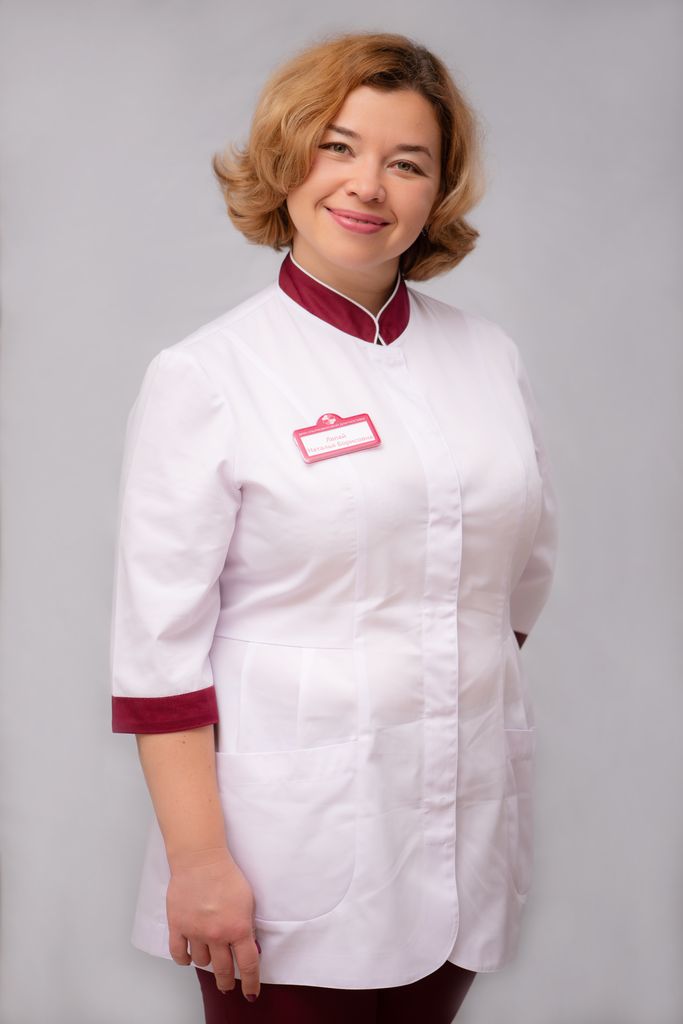 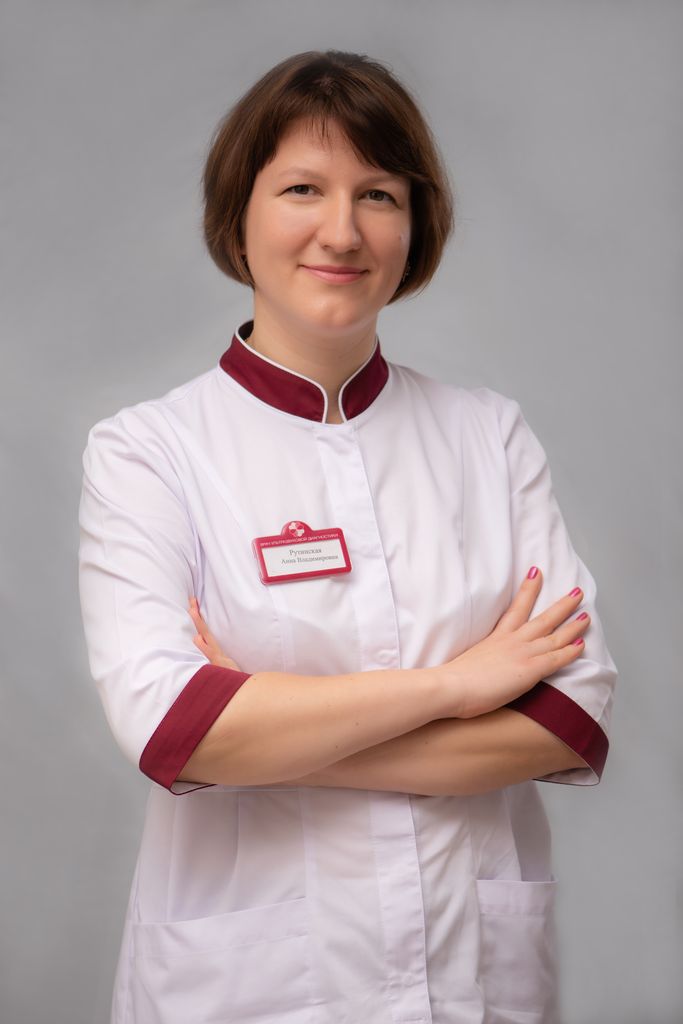 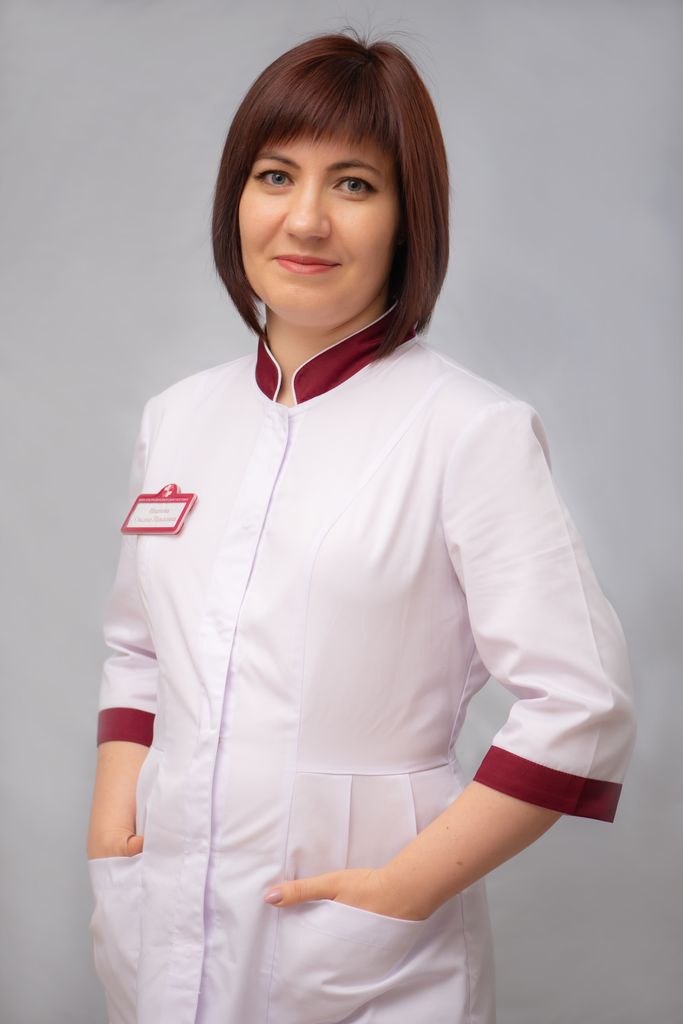 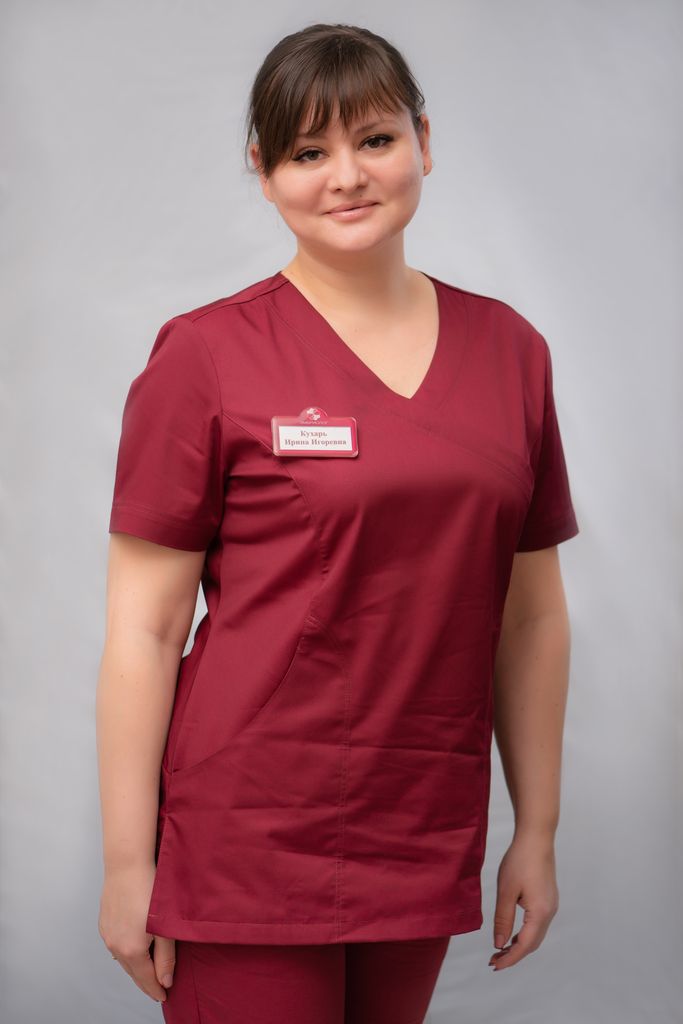 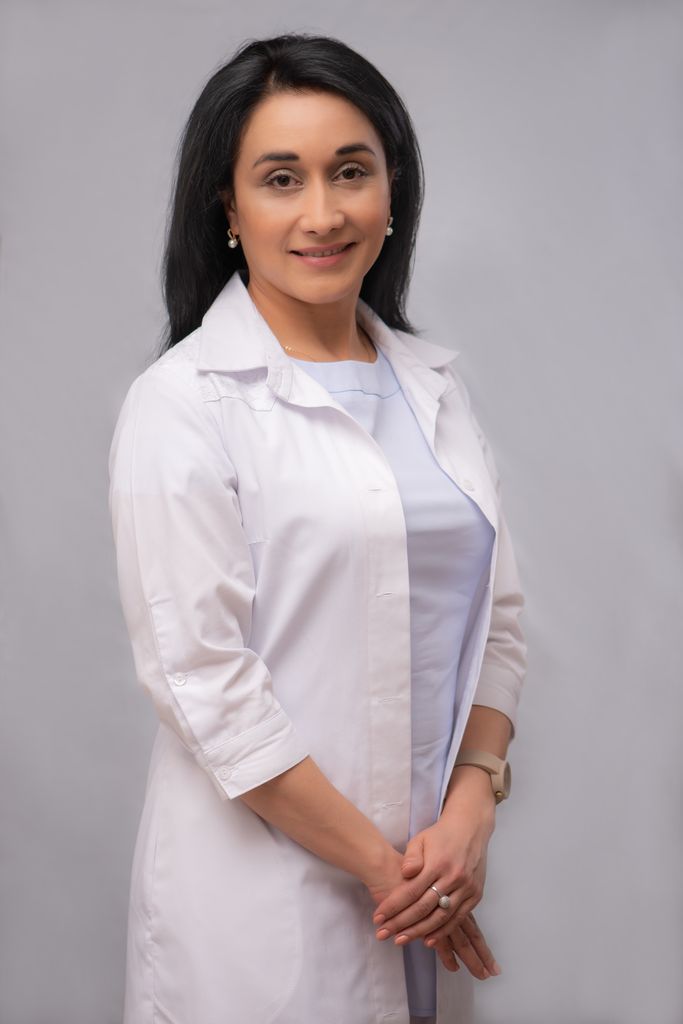 Biologist of the highest category, immunogenetics